The Mediation and Arbitration Department is composed of lawyers who serve as mediators and arbitrators in some of the most well-recognised, first class national and international institutions such as the European Court of Arbitration.

As accredited mediators our lawyers work to resolve a conflict with time saved, a reduced economic cost and minimising the consequences of a prolonged dispute before the courts. This not only takes into account real family processes such as divorces or inheritance generated conflict, but also of those that arise in neighbourhood relations or in commercial sector companies, when, as is the case with the vast majority of enterprises in Spain, they are of a family origin. 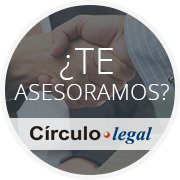 Do not hesitate to contact us: we will be delighted to provide you with further information and help in every manner we may be of assistance.
CIRCULOLEGAL@CIRCULOLEGAL.ES
91 563 85 12

Do you want advice?

Tell us your case!